Hyde United won the bragging rights in the local derby after seeing off rivals Stalybridge, thanks to a Deane Smalley goal in front of a bumper crowd of 787. The visitors, in a deep relegation battle, knew a win on a sunny afternoon would put them in a good position for survival.

Celtic went closest first from Soloman Davies and then from Kengni but both fired way over the bar. Shortly after Paddy Lane nearly put the tigers in front but his header from a corner fell just over the bar.

Hyde earned the only goal of the game on 25 minutes when a wonderful pass by Nicky Platt found Deane Smalley who had ghosted past Bridge defender Tongue, placing the ball over the top of the onrushing Wharton and into an empty net.

The visitors had the better of the second half, but couldn’t find a way past the Hyde defence and Peter Crook, who showed his rightful place in the Evo-Stik team of the season. Wilkinson fired a cross towards the back post but no one arrived to head in and moments later an almost identical ball by Soloman Davies found Tongue at the far stick but his header crashed against the post.

Stalybridge thought they were level on 68 minutes when Smalley forced a great save from Crook, with Rule doing the same not long after.

Time was running out for the visitors to find an equaliser, with a series of corners failing to find blue and white shirts. Hyde broke away with Pratt, finding himself 1 on 1 with Wharton, who pulled off a fine save to prevent a second tigers goal. A great way to wrap up a good first season for Hyde back at Step 3 of non-league, the 3 points earning a well-deserved top 10 finish. 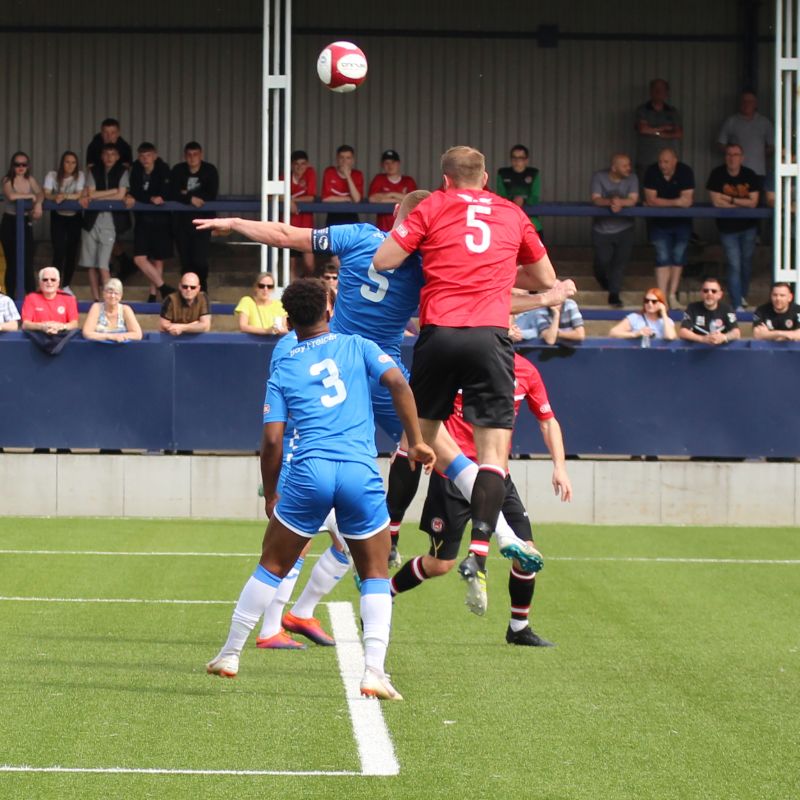