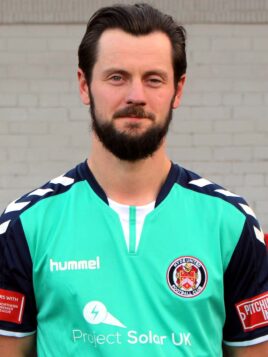 Tom was signed from Trafford at the start of the 2017/18 season and this will be his fifth season at Ewen Fields.

The club skipper is a fans favourite because, of the 100% commitment he gives for every game. Able to play anywhere across the front line and knows where the net is. Finishing the 2017/18 season as top scorer, second in the 2018/19 season and joint top scorer in the 2019/20 season.And in the goals in the previous two seasons until they 2019/20 was null and void and 2020/21 was curtailed.

The first player signed for the 2021/22 season, the club having to fend off interest from other clubs. 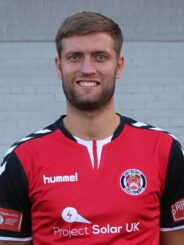 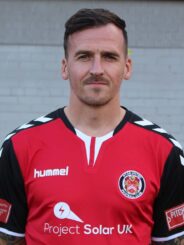 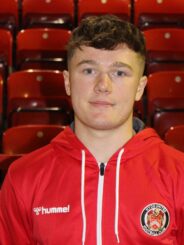 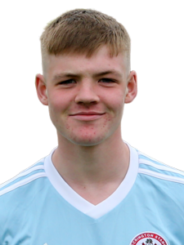