1885: Hyde Football Club form on July 27th 1885 at the White Lion pub and play on a field close to the Bankfield Hotel, which may well have been where Ewen Fields is today.

1898: Hyde FC move to Townend Street and the club set up a headquarters at the Gardeners Arms.

1917: The club is mothballed in the midst of the first world war, with Ewen Fields becoming a vegetable patch to assist the war effort.

1919: With the First World War over, Ewen Fields is earmarked for housing. A reformed club, Hyde United, restart and play at Townend Street. United was added to the name because of a match between two groups which used to meet in the market place: the Forty Gang and the Discharged Soldiers and Sailors.

1920: The housing plans for Ewen Fields come to nothing and Hyde United move into Ewen Fields. Dressing rooms and offices are soon put in place.

1922: Tons of ash is spread around the pitch to make it less muddy. Not long afterwards the first stand is erected on the Walker Lane side of the ground.

1930: Railway sleepers are put down for terracing and the Mottram Road end is banked, bringing the estimated capacity to 10,000.

1950s: 2 covered areas are erected at the Tinker’s Passage end.

1966: The social club is built, and remains standing to this day.

1968: A game against Manchester City officially opens the new £4,000 floodlights.

1986: The supporters club sell Ewen Fields to Tameside Council who convert the stadium into a sport and leisure facility for the whole community and install artificial turf. The ground sees major improvements – the old wooden main stand is replaced and terracing is built on the Leigh Street side.77

1989: Ewen Fields hosts Manchester Spartans’ American football matches during a surge of popularity for the game in the UK. 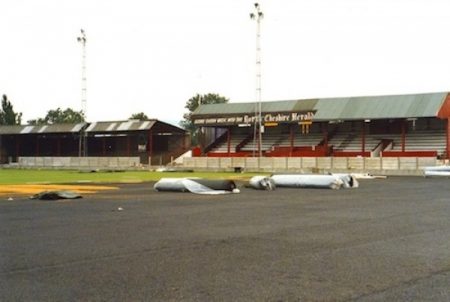 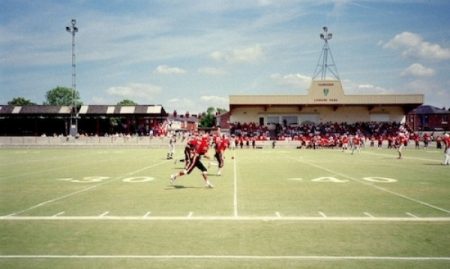 1994: Hyde host Darlington at Ewen Fields in first round of the FA Cup, the last match in non-qualifying rounds of the competition to be played on artificial turf, which stands for 20 years until Maidstone United face Stevenage on 3G in 2014.

1995: The aging artificial turf is replaced by grass.

2000: The main stand is extended to increase the capacity in order to meet Conference ground grading criteria. The extension includes new changing rooms and the new Peter O’Brien sponsors lounge.

2010: The ground undergoes a complete makeover as part of a partnership with Manchester City, which sees the Premier League club paint the ground blue and refurbish many of its aging facilities. The club also change their name to Hyde FC as part of the 125th anniversary celebrations.

2013: After a total of 50+ games after finishing the 2012/2013 season in the space of 4 weeks, including holding the Tameside League finals, the pitch is renovated. 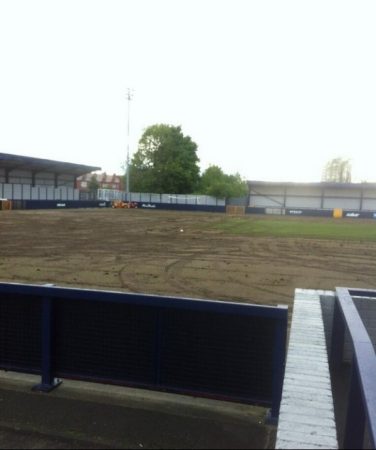 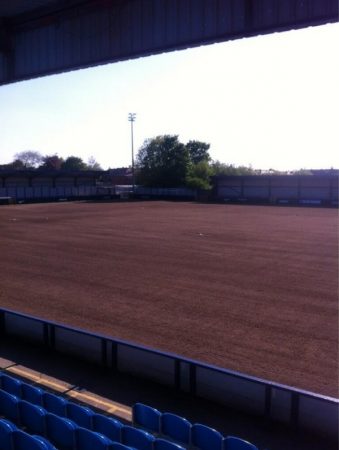 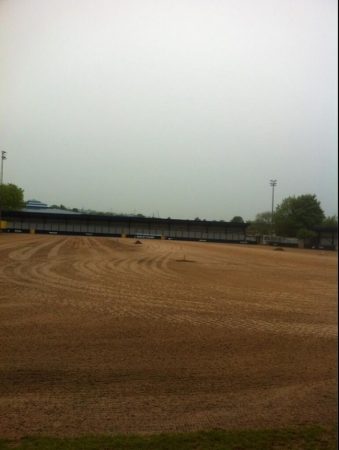 2015: The club reverts back to the name of Hyde United as part of the 130th anniversary celebrations and becomes a supporter owned club.