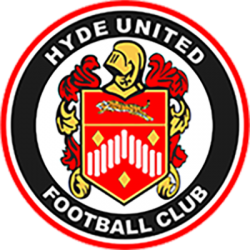 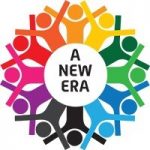 Following assisted funding from the Football Conference Trust, Hyde United Football Club aims to build links with the local community and play a significant role in encouraging football participation for all age ranges and abilities.

Our Community outreach is also assisted by the significant investment in facilities at the Ewen Fields Stadium by Tameside Metropolitan Borough Council and the installation of a new, high-specification 3G surface in the Summer of 2016. This will allow us to build on our community activities and encourage strong partnerships with key community stakeholders including local schools and community groups.

Hyde United Football Club recognises the important role of the community in its future development and there are already a number of projects that will benefit the community and increase the Club’s positive profile.

During the first half of this year, following on from an initial meeting on 1st March with the Cheshire FA Development Officer, there has been a great deal of preparatory work in forging those important links, whilst practically arranging, running or hosting football activities; the advice was to be realistic in the first year and we identified certain areas to achieve;-

Schools/Junior Football
We have had dialogue with majority of Primary & Secondary schools in Hyde, attending some school fairs at the end of the Summer term with a ‘Beat The Goalie’ stall to raise awareness. There will be an Autumn programme of school visits and invites to the ground where we will deliver coaching sessions for the children. This will also include running after-school sessions for primary school children to learn basic football skills and aid co-ordination and social skills, as well as longer sessions for over 12s across 2 evenings per week focusing on more technical football coaching and advice on fitness and nutrition.

We’ve also helped deliver a number of Junior League finals in April/May across 4 weekends involving some 8 teams x 16 members = 128 participating children on each day. The positive relationship between the Club and the Tameside Junior Football League has led to us hosting their small-sided league matches for the whole division every Sunday from the start of September.

We’re also continuing with our Primary Schools 6-a-side Tournament, held over the past 2 seasons, where all the Primary schools in Hyde are invited to compete and have a provisional date in October. The advent of the 3G facility at the stadium means these tournaments can now be held more often, increasing both participation and Club awareness.

Aside from the schools, we’re also looking to forge closer links with a number of established junior football teams, some already using the Hyde facility, to offer any coaching or advice sessions.

Ladies/Girls
Following the England success at the 2015 Women’s World Cup, the Club has the aim of increasing participation of ladies’ football across not only in Hyde but around Tameside Borough. We advertised open-age trials in August with a view to creating a ladies football team to be known as Tameside Ladies. Although not enough came forward to form a competitive team as yet, we have forged excellent links with a youth football team who have girls playing at a number of age ranges. Due to the establishment of our Academy, we were able to enrol a number of girls on to a BTEC course to train full-time with the Club whilst working towards an academic qualification. We’re pleased that we were able to form an older girls team and they have just started their season. In time, we would aim to progress this team and run further trials to establish an open-age Ladies team under Tameside Ladies FC.

Asian Community
With a thriving Bangladeshi Community in Hyde, it was pleasing to host some positive meetings with Community Elders. They have desired a link with the Football Club for a number of years but felt they’d not been presented with an opportunity, so very much welcomed the Club’s approach. The Community has a number of youngsters of all ages who are ‘football daft’ but they want the children to play in other teams and not just their own; their aims and that of the Club’s are as one, ‘participation and inclusion’. Further meetings are planned to explore coaching sessions and establish regular training at the ground.

We also hosted an international tournament in July and invited 3 Indian teams to compete; the feedback was excellent and we’re looking to host more invitational tournaments as availability allows.

Adult 7-a-side
Following an exploratory meeting with the Cheshire FA, the adult participation 7-a-side leagues are up and running on each Monday evening and are proving increasingly popular as it becomes more established. This will help football participation levels in a geographical area that was identified as below average following data analysis.