Today Darren and Dave have added a quality forward to the squad on a one months loan.

With news that Connor Simpson would not be re-joining the Tigers after being recalled to Preston North End on Christmas Eve, they felt they needed to strengthen the squad and get cover for our main striker, Chib Chilaka.

So in talks with Altrincham FC it was agreed that James Poole would come to Ewen Fields in a one months loan.

James isn’t just a striker, he can play anywhere across the front line, so provides cover and competition for those places.

He has also had spells at Hartlepool United, Bury, a loan spell to Dover Athletic and Salford City before joining Altrincham.

We welcome James to the club. 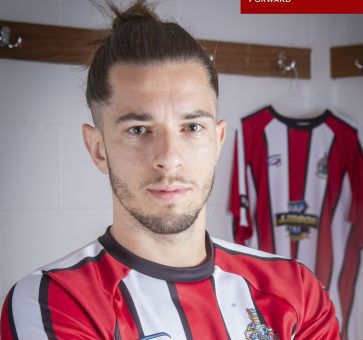