Paddy Lane Is Back For Next Season

We are delighted to announce that Paddy Lane has renewed his contract for the 2019/20 season.

Paddy featured in the second half of last season, making 19 appearances and  getting 2 goals and soon became a fans favorite.

From the Manager, Dave McGurk; 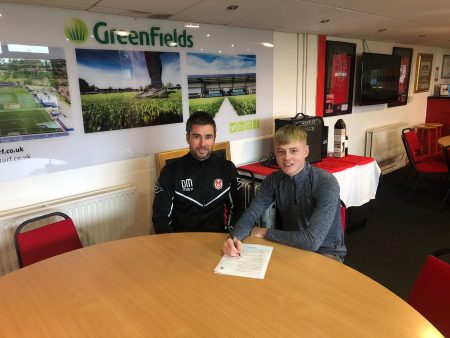 “Paddy needs no introduction our supporters. He was a real positive from our season last year but we think there is so much more to come. He gets fans on the edge of their seats and at 18 years old we believe he has a real chance to make a living out of the game”