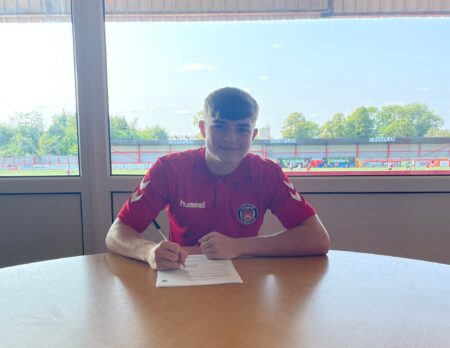 Following in the footsteps of Paddy Lane, the latest Academy success, Cameron Fogerty, signs terms with the football club today.

Cameron, along with Carter Waters, got his call up from the Academy to the first team last season but with the season cut short by COVID, he didn’t get a chance to feature in any games. But has featured in all four games this season, once as unused sub, an appearance from the bench and featured in the starting eleven in the last two games.

He has impressed enough in his performances to secure a contact with the Tigers.