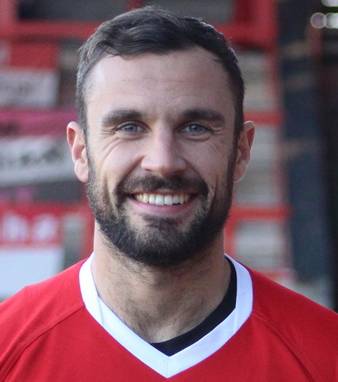 Today we have completed the signing of an experienced midfielder.

Ashley joined FC United in October of last year. He was with Buxton prior to that, for a season and a half.

“Ash comes into the squad and gives us a bit of experience and know how as well as being a very good footballer. With his attributes he will compliment Tonguey and Alex in there and I’m delighted to get him into the squad for the game against Whitby.”

“We wish Jamal well with his next move. He’s been a fantastic lad to have around the place. He’s been frustrated with his lack of game time and I understand his decision and I hope he goes on to have a good season at his next club.”

We are also pleased to announce that we have extended Goalkeeper, Luke Mewitts, loan from Huddersfield.