Nick Spooner has added to his squad by bringing in Ryan White, Ryan had a brief spell back with the Tigers in 2016/17, on loan from Bolton, where he made five appearances and scored one goal. Ryan has also turned out for the likes of Glossop North End and most recently Bamber Bridge.

Commenting on his signing the gaffer said ”Ryan is another player who can play numerous positions, I’ve known him since he was a young lad at Bolton, he can play anywhere down the left and also in the 10 role, he knows the league and somebody who will make us stronger” 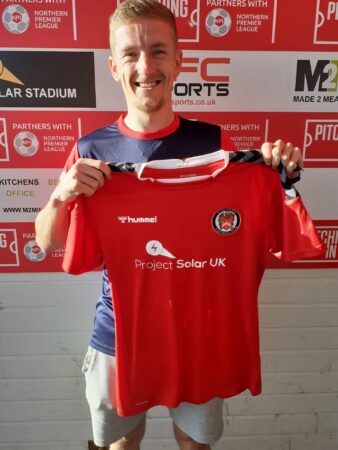