It is with great sadness that we have learnt of the passing of Hyde United Ex-Player Cyril Lawrence, just prior to his 100th birthday. Our sincere condolences to wife, Clare and daughters, Elaine and Norma.

Below are some words from the clubs Historian, Mike Pavasovic.

THE war brought Blackpool striker Cyril Lawrence to Hyde United. He was one of a clutch of professionals who made their way to Ewen Fields when the Football League season was called off on September 3, 1939, when large gatherings were banned under the Emergency Powers Act.

Playing alongside him at various times were Charlie Mitten and John Aston from Manchester United, Alf Lythgoe from Huddersfield, and Joe Fagan, the man who would manage Liverpool to European Cup, league championship and League Cup success in 1984.

Cyril remembered him fondly, recalling: “I travelled to games with Joe, taking the tram in from Manchester. Club president William Bradley was landlord of the White Lion and Joe and I would stop off there for a lemonade which Mr Bradley would make into a shandy.

“Joe Fagan was a smashing lad and a good pal to me. And he had a typical Scouse sense of humour.

“After the war, while I was with Blackpool, Rochdale and Wrexham, I was allowed to train with Manchester City and when we were doing our road work, passing Southern Cemetery, Joe would point toward Princess Road and tell me he lived down there in a pre-fab.”

Cyril found Hyde United’s red shirt was a good fit. He scored 12 goals in 18 matches including two in the first leg of the Cheshire East Division play-off semi-finals which Droylsden won 7-5 on aggregate.

His most productive outing was on April 20, 1940, when he and Aston each netted a hat-trick each as Macclesfield were beaten 7-0 at Ewen Fields.

For his trouble, Cyril was paid £3 a game, but as he admitted: “I’d sometimes get an extra half-crown (12½p) if Mr Bradley thought I’d played well. He used to give me my tram fare too, although he’d often let me have ten shillings (50p) rather than whatever it really cost.”

Once the season closed, Cyril bade farewell to football until the middle of the decade. He was called up into the Royal Navy, serving in the battleship HMS King George V in the Pacific and in more than a dozen Arctic convoys to Murmansk.

His football career started at Blackpool. He never made the first team but trained alongside Stanley Matthews who he remembered as being “very tight”. “We used to play pitch-and-toss behind one of the stands,” Cyril recalled. “When the secretary called us to pick up our wages we’d all run off but Stan would stay there, rooting through the dust for odd coppers.”

In his time at Bloomfield Road Cyril lodged at a guest house owned by an aunt of the comedian Will Hay. His weekly rent paid for bed, meals and a glass of rhubarb wine to open his bowels.

After the war Cyril tried to pick up his career at Rochdale and Wrexham but injury ended his playing days.

He returned to Ewen Fields on Boxing Day 2006 after an appeal was issued to find the club’s oldest player. At the time he was a remarkably fit 86 and unveiled a plaque in the Pete O’Brien Lounge marking 100 years since Hyde United’s predecessor club, Hyde FC, moved to the ground.

Cyril came back to watch the odd match and was at the White Lion in July, 2010, when a blue plaque was unveiled commemorating the pub as the place Hyde FC was founded in 1885.

After his playing days were over, Cyril lived in his home city of Salford. He died on April 14 after contracting coronavirus on Good Friday and only two months short of his 100th birthday. He leaves Clare, his wife of 75 years, who will also be 100 in June, and daughters Elaine and Norma. 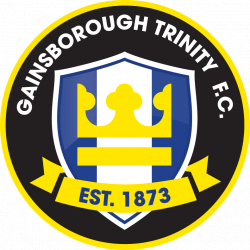 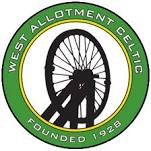