A good performance today from the Tigers in what was a side that had a couple of forced changes in the line up. With Kyle Harrison struggling and failing a pre-match fitness test the right back position was filled by Ross Daly and Grant Roberts filling in for Daly in midfield alongside Janni. Also with Porritt still out with his hamstring injury he picked up against South Shields, it was new signing Jerome Wright out on the left wing.

The Tigers controlled the play from the off and were rewarded on 18 minutes with a goal from young sensation, Connor Simpson, after a pass from Nicky Platt was deflected off a Bamber Bridge defenders knee. With two Bamber Bridge players bearing down on him as he entered the penalty area and the goal keeper narrowing the angle, Connor was composed and slotted the ball passed the advancing keeper, 1-0 to the Tigers and Connor’s 3rd goal in as many games.

There wasn’t very much threat from the Bamber Bridge side for most of the game, I can’t think of very many chances they had and those they did were dealt with by the back four or Crook. This was a Bamber Bridge side that seemed to be in a bit of disarray, having lost there manager who took the FC United job and losing some key players in Potts and Milligan.

The Tigers had to wait until the 69th minute for their second goal, a ball out from the Bamber Bridge keeper to the left back was then played across goal to the Bamber Bridge right back which was intercepted by Connor Simpson and he was one on one with the keeper looking for his second of the game. But this time the keeper saved well down to his left but could only deflect the ball into Nicky Platts path, and he wasn’t going to miss from 8 yards out, 2-0 to the Tigers.

A free-kick from Janni Lipka on 80 minutes lead to Platt getting his second and and Hydes third goal of the game. The free-kick came in from the left wing and Platt got a glancing head onto it to direct it into the bottom right of the goal out of reach of the diving keeper. Making it 3-0 to the Tigers, ensuring they are in the hat for the next round draw on Monday and walking away with the prize money.

The win today makes it three games unbeaten, with 10 goals scored and only conceding 2 goals. 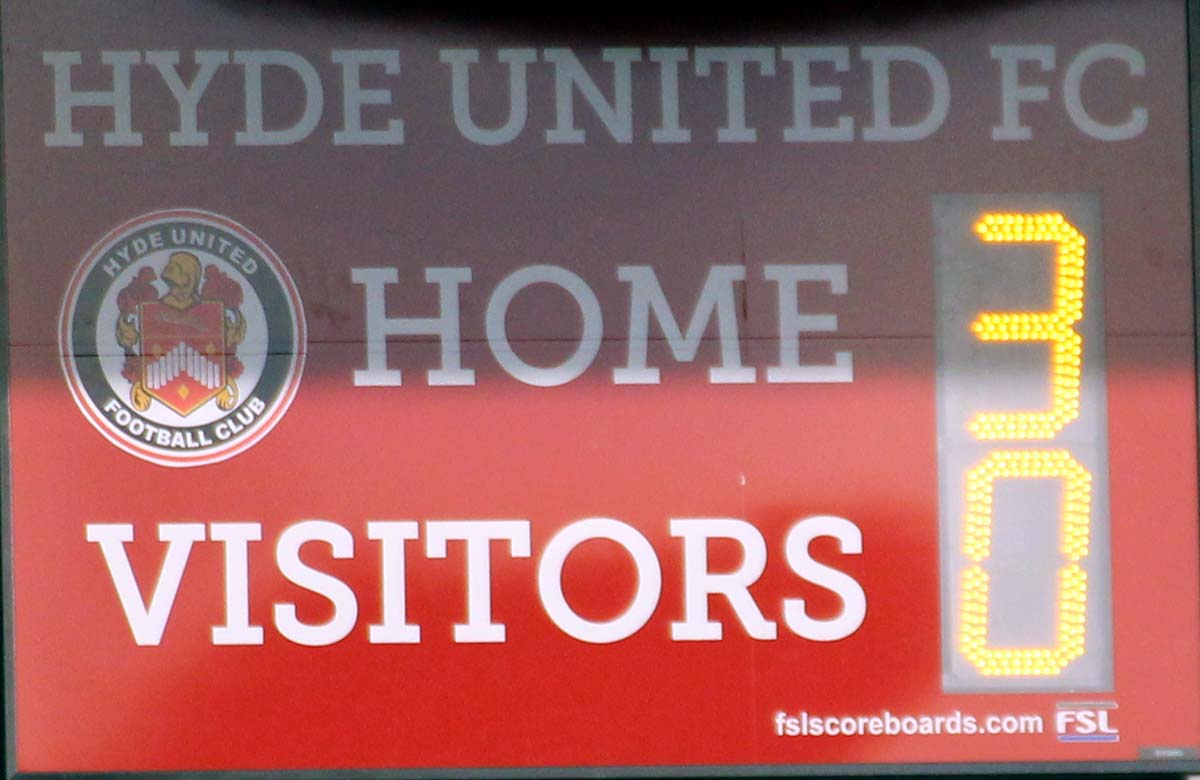