Gainsborough came up close 1-0 winners in a tight affair of few chances against Hyde on a sunny afternoon in Lincolnshire.
The only goal of the game on 27 minutes came after a good spell of Hyde possession. Tom Pratt was looking to launch a dangerous counter attack, uncharacteristically giving the ball away and leading to it falling to Alex Byrne on the left who cut inside and curled the ball around Daly and then Crook into the bottom corner. It was the midfielders first goal since scoring against the tigers in the reverse fixture at Ewen Fields in October.
Byrne made a nuisance of himself for the entire first 45 engaging in a heated battle on numerous occasions with Dominic Smalley, the latter being the only one punished with a yellow by the referee. The tigers may have felt they could have gone in level at the break with 2 good saves from Green to deny Chilaka.
The second period was tense with news of Gainsborough’s play off rivals Buxton holding Farsley level until late on. It was a booking a piece for tired and late challenges by Liam Hughes and John McCombe as the tigers looked to get back into it.
The majority of the ground thought the game was destined for a late draw in the dying seconds when Nicky Platt made a great run in behind slotting the ball agonisingly wide of the post, to a loud sigh of relief from the home faithful, jumping back into the play off places on goal difference. 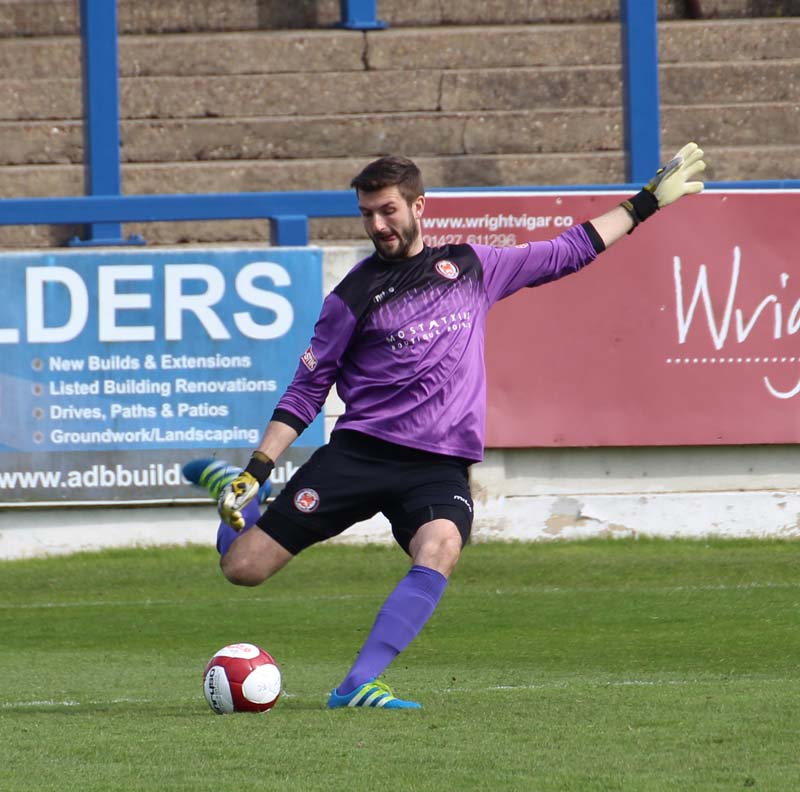