The visitors, who arguably had the majority of possession and chances in the first half, found themselves 3-0 down at the break. The tigers got their first on 12 minutes when a superb run and cross from Lane was turned in by Hill at the front post for an own goal. It was soon two when Roberts unleashed a curler from the edge of the area into the top corner leaving Siviter no chance. Just before half time it was three when Pratt linked up well and dinked the ball into the bottom corner.

Stafford were a different side in the second half, with three changes to try and get back in it. On 64 minutes they thought they had a consolation when Mills fired in from close range. The game should have been out of sight when Platt scored Hyde’s fourth but a fortunate penalty was slotted in by Charles to put Hyde on the ropes. Straight from the restart Thandi made a bursting run and unleashed a powerful shot past Crook at the near post. Hyde did wrap the game up in added time when a 35 yard run by O’Reilly allowed him to slot under the goalkeeper for the win. 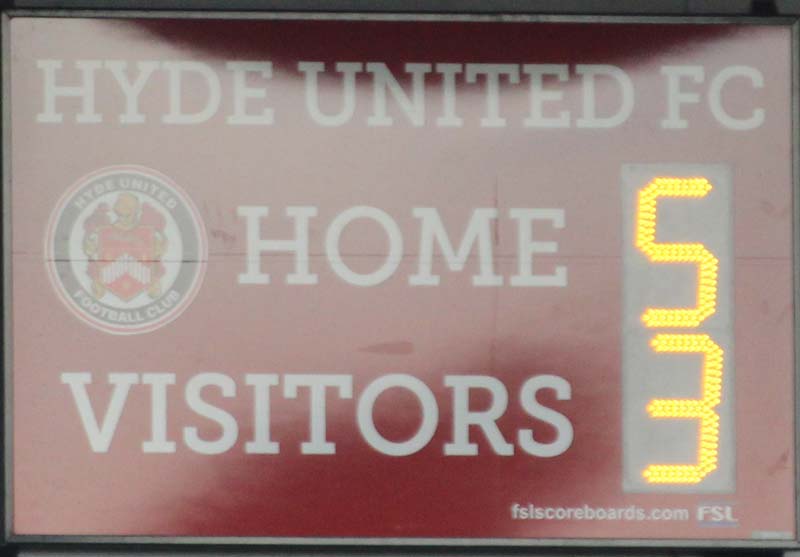