Title challengers South Shields ran out comfortable 4-0 winners on a sunny but chilly Mariners Park in front of a superb crowd of 1857.

The tigers always knew they were going to be in for a tough afternoon, with the South Shields only losing 2 league games at home in the past 2 seasons. However, the young tigers coped well with the neat and quick passing game of the opposition in the early periods. Hyde had their best period of the game for around 5 minutes, with Paddy Lane perhaps feeling he should have put the tigers into the lead from 15 yards out. But, the home side then shortly launched an attack down the right, with David Foley producing a wonderful piece of skill and resulting cross to find Lee Mason who buried the ball into the roof of the net on the 25th minute.

The home side then turned it up a few gears in the second half, arguably producing the best football seen against the tigers for a number of years. Their second arrived on 48 minutes when the ball fell to Baxter at the back post to poke in from 3 yards out. The afternoon was then made tougher for the tigers on 55 minutes when Lowe, the man of the match, found room to rifle a shot from just outside the area to leave Crook with no chance. A positive though for Hyde was the return of Ryan Crowther who was introduced as a second half substitute, showing glimpses of what all Hyde supporters will remember he is capable of.

South Shields wrapped the game up on the 89th minute when Morse stayed up from a free kick, rising highest from a long ball to glance the ball into the bottom corner and put the home side right into the mix for the title. 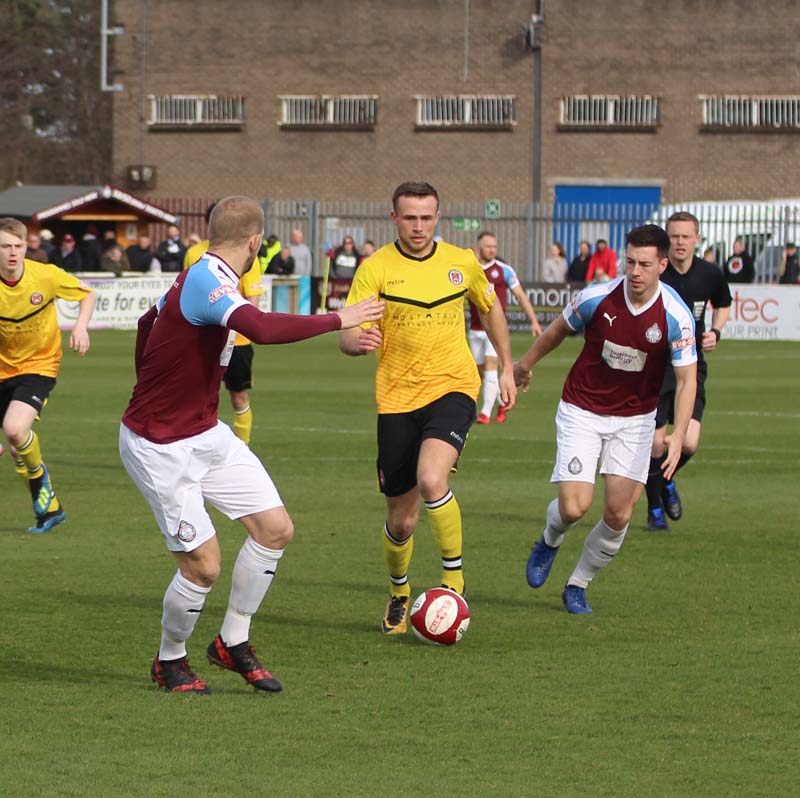