The tigers returned home from Cumbria with possibly the toughest 3 points of the season following a battling 2-1 victory over Workington. Storm Freya disrupted the game with strong winds and pelting rain throughout so credit was given to both sides for still producing an entertaining and tight game.

Both teams found it tough, and when using the wind, any pass that was slightly over hit, flew past every player and went out for a goal kick. I wouldn’t be surprised if it was close to a record breaking game for numbers of goal kicks!

The first goal went to Workington, a Cowperthwaite free kick was launched high into the air finding the free head of Calvert who forced it goal wards giving Crook no chance.

It would have been easy for the young tigers to let Workington dominate, Darren Kelly putting faith again in 6 academy players in the squad, but they had other ideas throwing in some ferocious tackles and high pressing. Paddy Lane then put Hyde level with an in swinging corner which the wind took all the way into the net to the bemused crowd, Hyde players and even Paddy himself.

The rain worsened causing the pitch to become boggy resulting in the winning goal coming on the stroke of half time when a Rowntree slip put Pratt through who was taken down inside the area by Taylor. Platt put the penalty away into the top corner to give Hyde a half time lead.

The second half saw Hyde produce a resilient defensive display with numerous chances blocked off the line in the dying stages to secure a hard earned win on the road. 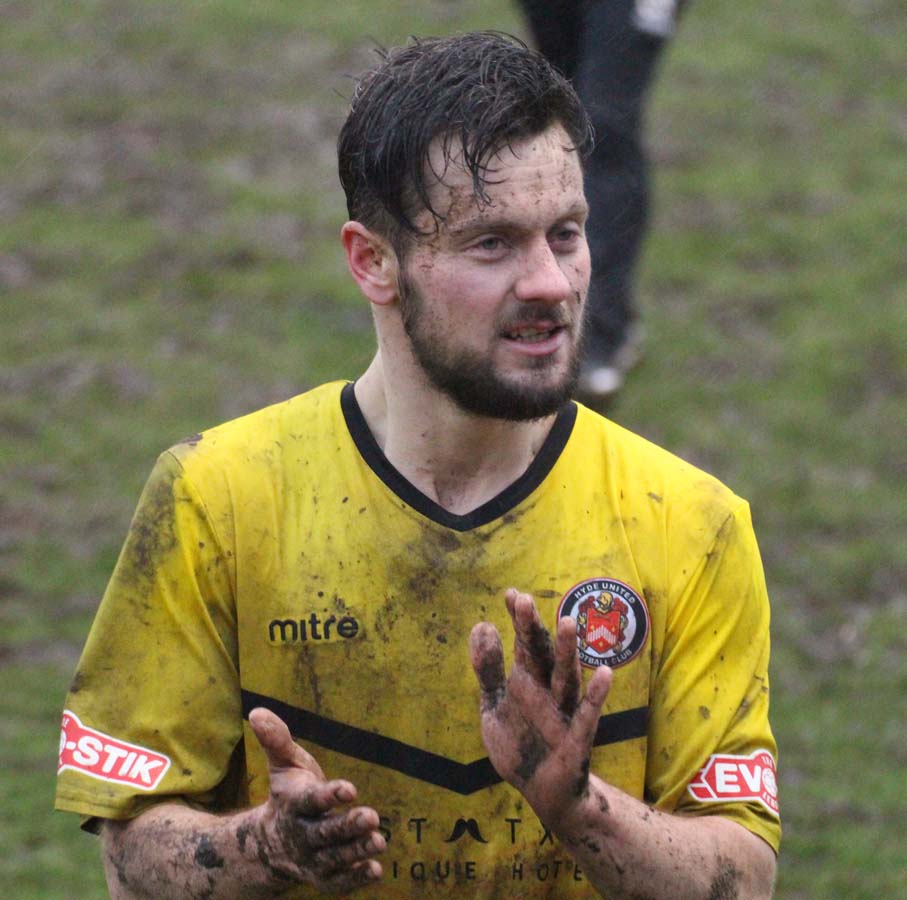