A youthful Hyde United side earned an impressive 3-0 home win over Whitby in front of a crowd of 351. Hyde started brightly as a run from Tom Pratt, playing as number 9, almost resulted in an early opener but he couldn’t find the net from a tight angle. He found the opener on the 12th minute when he ran onto a ball over the top by Lipka, scoring at the 2nd attempt. The visitors had the better of the chances in the first half but they couldn’t do enough to beat Crook in the Hyde goal. The best move of the game got the home fans alive on the 25th minute when some quick one touch passing by Dapo, Lane and Pratt resulted in the ball edging narrowly wide of Norton’s goal.

The second arrived on the 73rd minute when a whipped corner by Lane met McCombe at the back post to tap in from close range. Whitby made changes to try and get into the game late on but it only left them more exposed at the back. The result was sealed in the 87th minute when a bursting run by Platt on the right resulted in him dinking the ball into the box, finding the head of Pratt who looped it over Norton to end the game at 3-0. 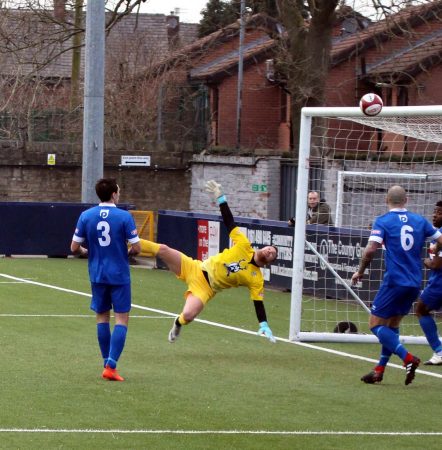